Born To The Breed 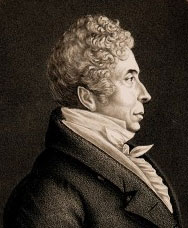 When speaking about baritenors one usually refers to Domenico Donzelli as the arch father. Connoisseurs will delve a bit deeper and bring up the name of Andrea Nozzari, creator of Rossini's Otello. But are they, indeed, the arch fathers of the baritenors, when we know that the earliest examples of such roles date back to decades before the Rossini Otello premiere of 1816. Decades, indeed, for the first perfect example can be found in the role of Jason in Cherubini's Medea, which was created on March 13, 1897, by tenor/composer Pierre Gaveaux.

The prime difference between Duprez and the creator of the voix sombree technique, Donzelli,seems to have been their vocal range: whereas Donzelli was secure up until, say A natural, Duprez had an easy top register and a free extention to B-flat or B.

Therefore, it seems that his first High C from the chest was a more or less natural achievement, following from his powerful projection combined with a natural extention to the top register.

Born to the breed Part III
The voix sombrée in the tenors of Rossini, Pacini, Mercadante, Donizetti & Bellini 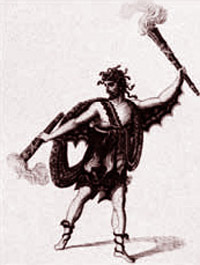 When speaking about the archetypic baritenor role, one usually speaks of Manuel Garcia Sr. (21 January 1775 – 10 June 1832), whose various portrait as Otello became the visual reference point for the role. However, Garcia, the first Almaviva in Il barbiere di Siviglia, was far from a baritenor, although he seems to have started coloring his voice darker when this started becoming fashionable. The starting point for this fashion, though, should perhaps be seen in his contempoarary, the baritenor Andrea Nozzari. While the lyrical tenor Garcia seems to have been unmatched in fioriture and mellifluousness, Nozzari had a beefy voice of dark hued texture. Less agile, but of powerful, dramatic nature. Just how powerful his voice must have been is easy to judge from the roles Rossini enthrusted him with, at their creation: